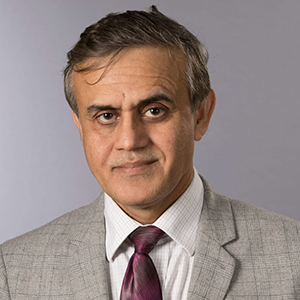 He was trained in Psychiatry in Merseyside training scheme in Liverpool, England. He completed his MSc in Research Methods in Health and Ph.D. at the Southampton University in England.

Dr. Naeem is also a Cognitive Behavioural Therapist. In addition to cognitive-behavioral therapy (CBT) for common mental health disorders, he received training in CBT for psychosis from Professor David Kingdon while working as his lecturer during training.

He has pioneered techniques for culturally adapting CBT. These techniques have been used to adapt CBT for a variety of common and severe mental health problems in South Asia, North Africa, the Middle East, and China. He has conducted nearly 20 RCTs along with colleagues from Southampton and Manchester universities in England. He is considered a leader in global mental health.

He has published more than 150 papers in peer-reviewed journals, numerous books, and book chapters. He developed the first CBTp based guided self-help manual that has been tested successfully in a pilot study. He has presented his work at numerous conferences and has conducted many workshops globally on CBT, especially CBT for psychosis.

His research areas include CBT, psychosis, and culture, with an overall aim to improve access to CBT.  He works with a team of IT experts and has developed a CBT-based therapy program called eGuru that can be delivered through web and smartphone apps.

Any review founded
Any courses assigned

Learn more about our programs
Enter your email address and we'll reach out to you with more information!

Powered by Convert Plus

The course covers the theory and model for diagnosing and treating depression. Approach BAT through the functional analysis of avoidance and loss of rewards in depression. By understanding the skilled use of the activity diary, you will learn to identify ‘stuck’ points and effective treatment strategies to get clients unstuck.

Rumination is a common phenomenon across a range of conditions like posttraumatic stress disorder and social anxiety disorder. It can be a challenge for therapists as it is associated with poor clinical outcomes. Rumination may go undetected and derail therapy.

This 1-day event is packed with learning opportunities for practicing clinicians with a diverse array of topics on structured psychotherapies delivered by recognized experts. The conference consists of state of the art presentations and workshops, focused on key skills for practice.

Trichotillomania (hair pulling disorder) and Excoriation Disorders (Skin Picking Disorder) are included in the obsessive-compulsive related disorder section of the DSM-5 and are present in about 1-2% of the population. They are more common in females, often co-morbid with other conditions.

Attention Deficit Hyperactivity Disorder is a common presentation in adult mental health. It is often co-morbid mood and anxiety disorders. Adult ADHD (AADHD) is frequently missed in presentations. There is also the danger of overdiagnosis in presence of other conditions which disrupt attention and concentration.